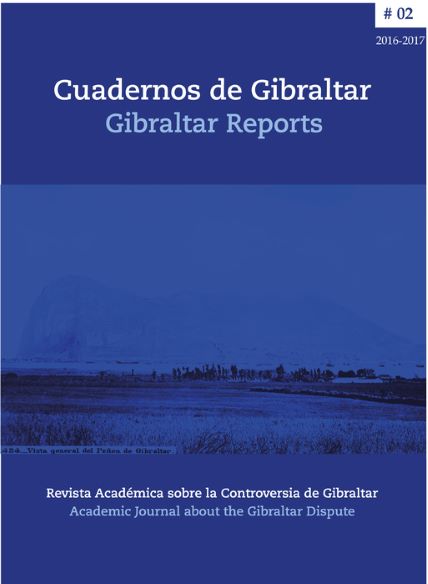 ABSTRACT. The outcome of the United Kingdom’s ‘Brexit’ referendum on leaving the European Union necessarily entails both a reconsideration of the status of Gibraltar and changes in Spain’s perspective on a solution to the dispute. Following Brexit, negotiations on the UK’s withdrawal from the EU will not only pave the way for a new European and international legal framework, but will also create a historic opportunity for Spain to redefine its relationship with Gibraltar, offering the possibility of new approaches to resolve this historical dispute.

After the crisis of 2013, negotiations reached a stalemate, but the unexpected outcome of the Brexit referendum could have tragic consequences for Gibraltar because the obligation to negotiate the UK’s withdrawal from the EU will likewise oblige Gibraltar to redefine its legal status with the EU, which constitutes the legal framework of greatest practical daily application, together with two other international legal frameworks, namely the Treaty of Utrecht and the UN declaration on decolonisation. The European framework will continue to apply for at least the two years during which withdrawal negotiations are held, providing sufficient legal certainty concerning applicable law in the coming years. However, the effects of uncertainty could have a very negative impact on the economy of Gibraltar, whose population adopted a clear stance in favour of ‘Bremain’ in the referendum. Furthermore, a possible return to the 1713 Treaty of Utrecht has raised fears of the very probable legality of closing the border, at Spain’s instigation, if EU law ceases to be applicable in the future.

The unavoidable renegotiation of the status of Gibraltar within the EU will inevitably involve Spain, which in 1986 did not question the status endowed in 1972. In the present context, however, Spain could leverage the requirement for unanimity at several crucial moments during the process of negotiating British withdrawal as regulated by Art. 50 of the Treaty on European Union (TEU); thus, various possible future scenarios for Gibraltar, such as the Norwegian or Swiss models or the antecedent of Greenland, will depend on Spain’s consent. In addition, solutions that seek to maintain application of the European Single Market to Gibraltar would in practice be unworkable in the international arena, because Gibraltar is not part of the British State and its only status under international law is that of a territory awaiting decolonisation in a process supervised by the United Nations.

At the same time, Brexit has opened a window of opportunity for resolving this historical dispute, which encompasses both peaceful coexistence between Spain and the small neighbouring community of Gibraltar just over the border, and the question of sovereignty that underlies the dispute with the United Kingdom. The acting Spanish Government took two important decisions in 2016: it announced the need to negotiate the status of Gibraltar outside the framework of TEU Art. 50, and it proposed joint sovereignty. This historic moment requires strategic decisions supported by broad domestic consensus in Spain, since it is a key issue strongly symbolic of Spanish foreign policy which may have important domestic and international consequences.

Spain now has the opportunity to adopt a strategic approach that incorporates a new narrative and focus for Gibraltar, and which addresses the pending issue of regulating cross-border relations and coexistence with the people of Gibraltar. The unanimous support given in 2016 by all political parties for a European Grouping of Territorial Cooperation (EGTC) with Gibraltar within the EU framework demonstrates that significant changes are possible for cross-border coexistence. Gibraltar and Campo could even adopt a common approach to Brexit and its consequences for Gibraltar and the region, enforcing this in their respective States and the EU as negotiations begin.

The format and content of the joint sovereignty proposal announced by Spain is the same as that of others presented or negotiated previously. But the 2016 Spanish proposal of Joint Sovereignty has structural deficiencies, which make it unworkable in practice. Several objective questions can be raised: UK and Gibraltar have yet rejected this proposal; it was made unilaterally by the conservative Government of M. Rajoy, without looking for previous supporting consensus inside Spain; and the most practical problem which is that the proposal inextricably links cross-border cooperation with the resolution of the sovereignty dispute, this creates an impasse given that both the UK and Gibraltar have already rejected joint sovereignty.

Instead of Joint Sovereignty negotiations as the answer for the Gibraltar question, the article advocate a twofold approach in the current historical negotiating situation for the UK's departure from the EU: a provisional Modus Vivendi for cross-border coexistence, and in parallel an agreement to seek a new international and European model for Gibraltar, trying to put an end to historical controversy.

A provisional Modus Vivendi for the cross-border coexistence with Gibraltar could be an interim agreement to regulate the aspects that most urgently need the daily normalization. Especially the border crossing by the Border/Fence, but also others such as the issues of transparency and economic-financial collaboration, navigation and jurisdiction over Bay waters, or the use of the airport.

This historic moment could be conducive to moving forwards in new and imaginative ways, with initiatives such as that of ‘symbolic sovereignty’ formula via the proposed Principality of Gibraltar or City of the British and Spanish Crowns linked to the EU, which offers sufficient constitutional and international margins for consideration. This proposal of the Two Crowns Principality, linked to the EU, would restore Gibraltar to the Spanish nation and sovereignty, in addition to incorporating it into the EU as part of the Kingdom of Spain, ensuring the maintenance of its current organisation and powers and entailing agreements on Gibraltar’s economic and financial regime and British retention of its military bases.